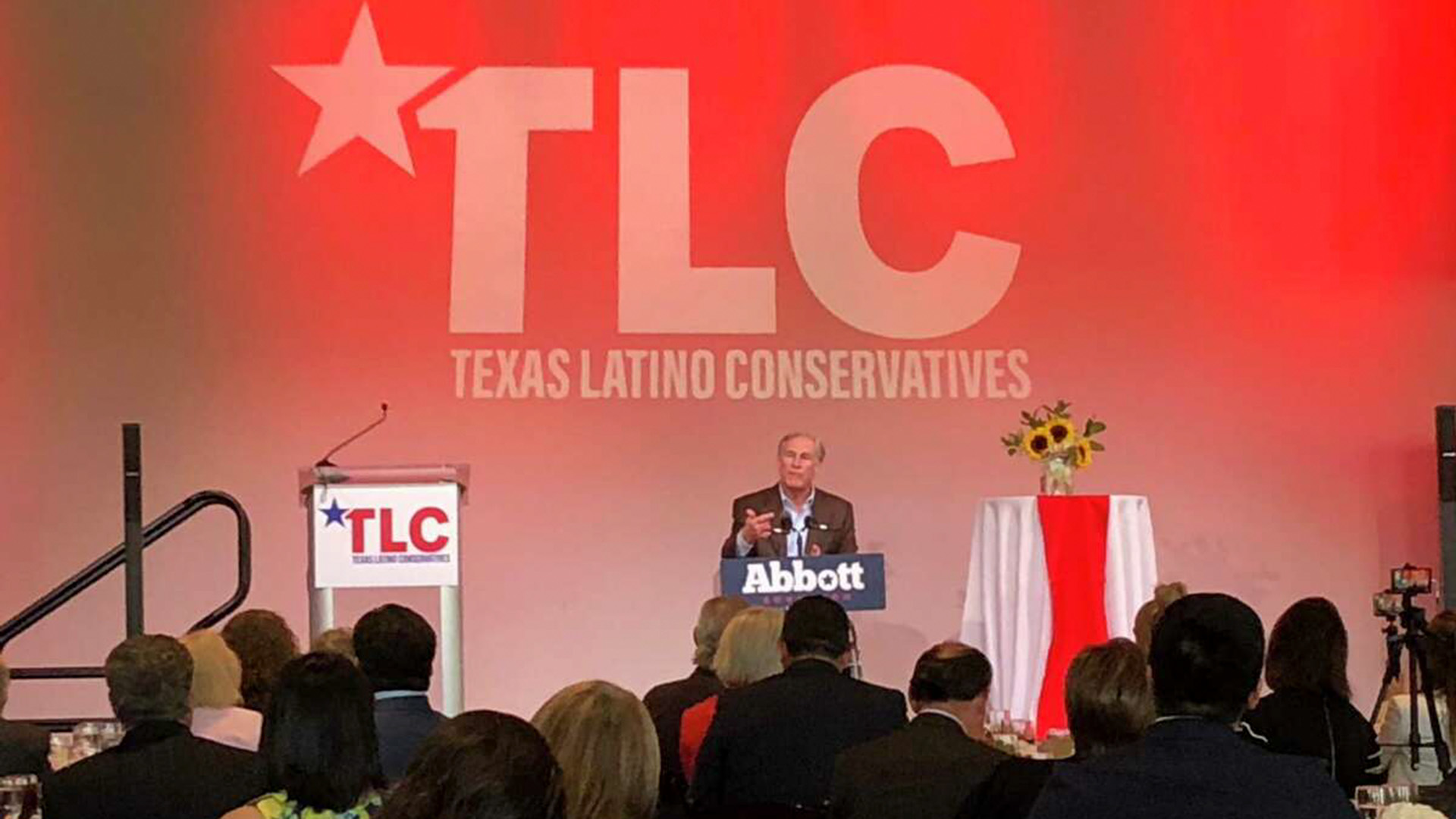 Here is coverage from the San Antonio Express News:

At event, Gov. Greg Abbott vows to win more than half of the Hispanic vote in Texas

He vowed to win more than half of the Hispanic vote in the upcoming gubernatorial election to applause Tuesday at the Texas Latino Conservative Lunch.

Abbott said most Hispanic people are in favor of securing the southern border and funding law enforcement agencies such as the police — in contrast with most Democrats, including his opponent Beto O’Rourke.
“With your help, we will keep Texas red,” he said to an audience of about 150 at the Witte Museum’s Mays Family Center. “We will ensure that we turn South Texas red.”