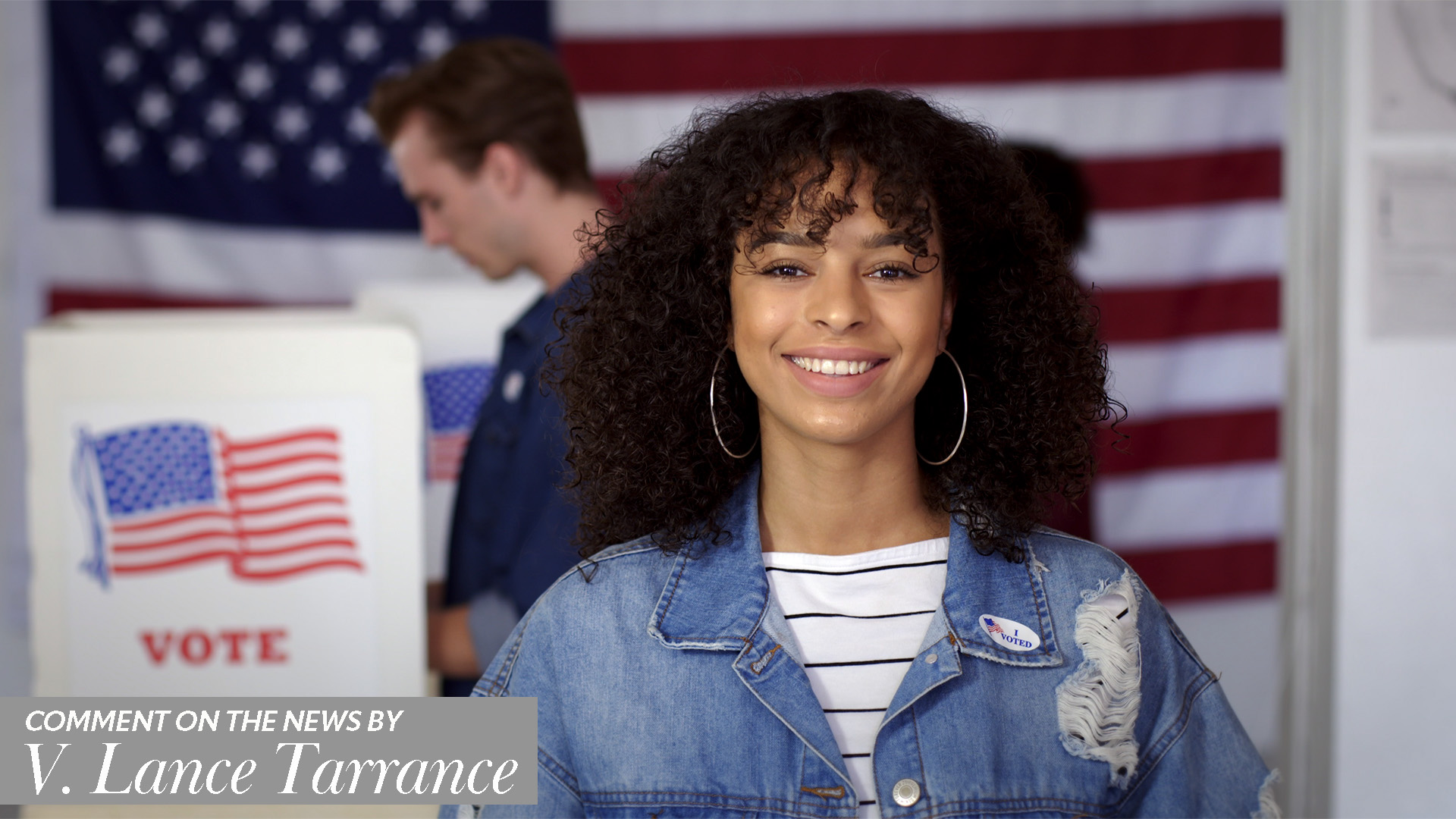 It's Not As Bad As You Think—It’s Worse 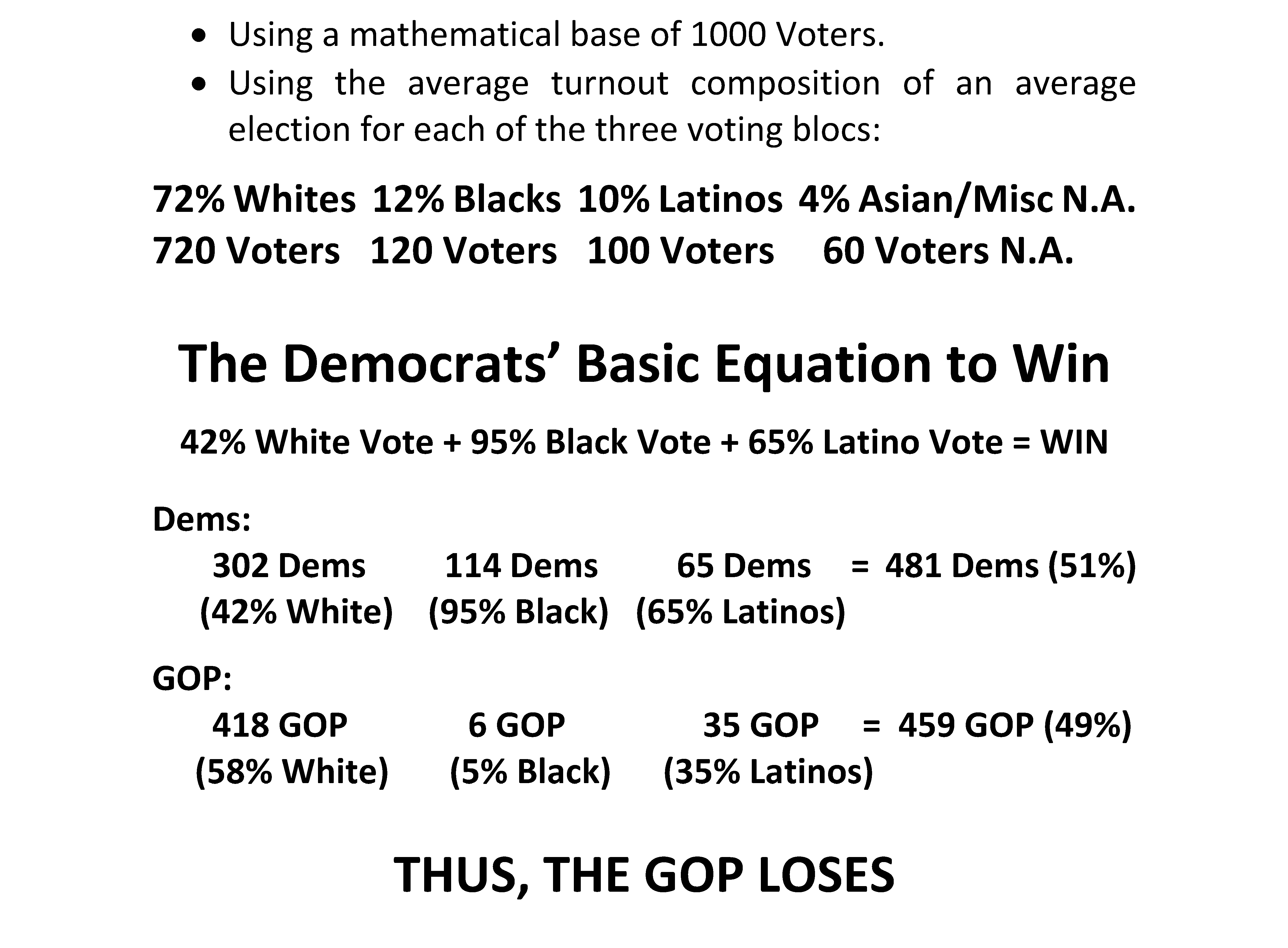 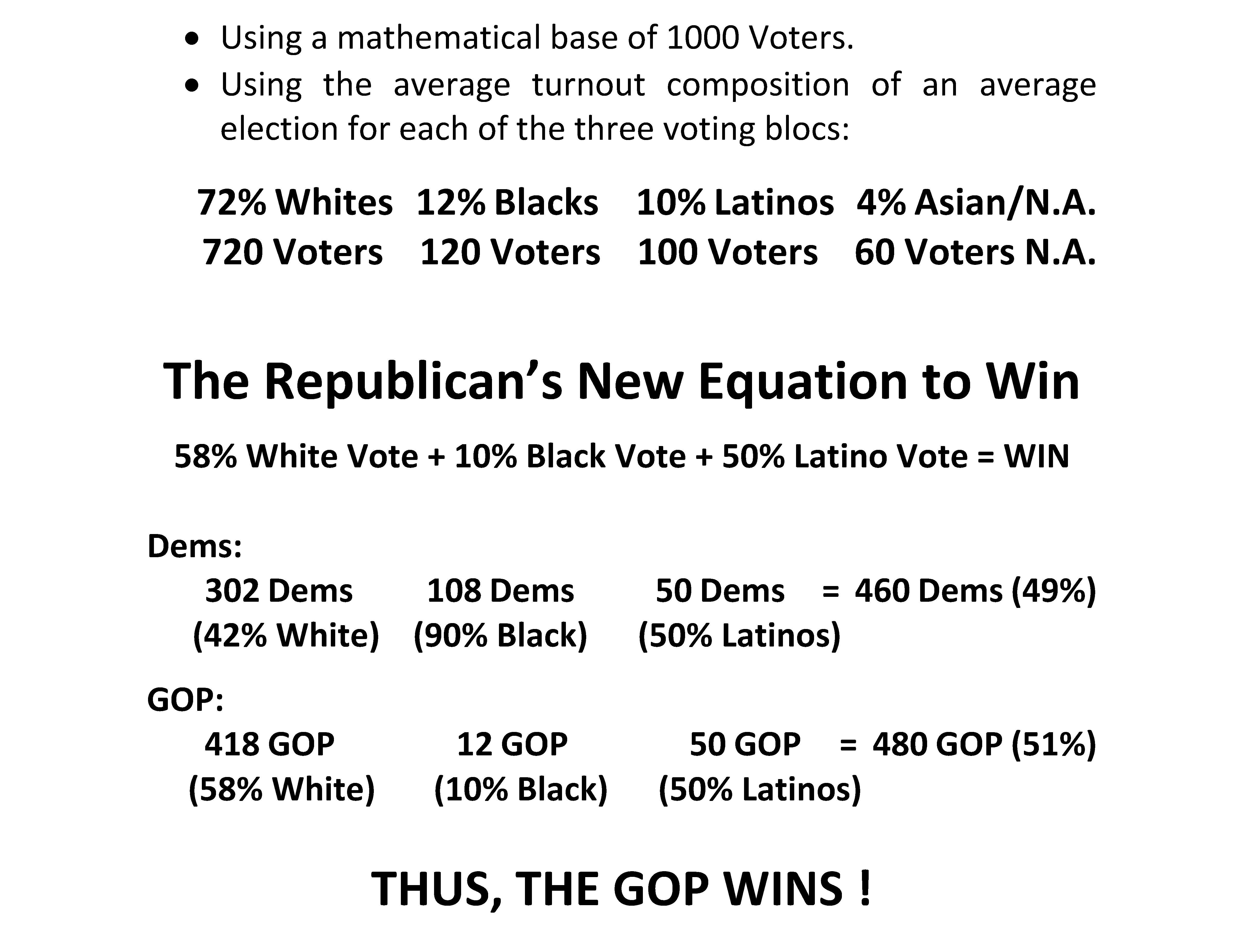 Political Conclusion: The Latino Vote, if it is split 50-50, allows the Republican Party to defeat the Democratic Party (assuming the White vote and Black vote turnout stays the same percent of the total vote). They are indeed the Swing Vote for the several next generations.