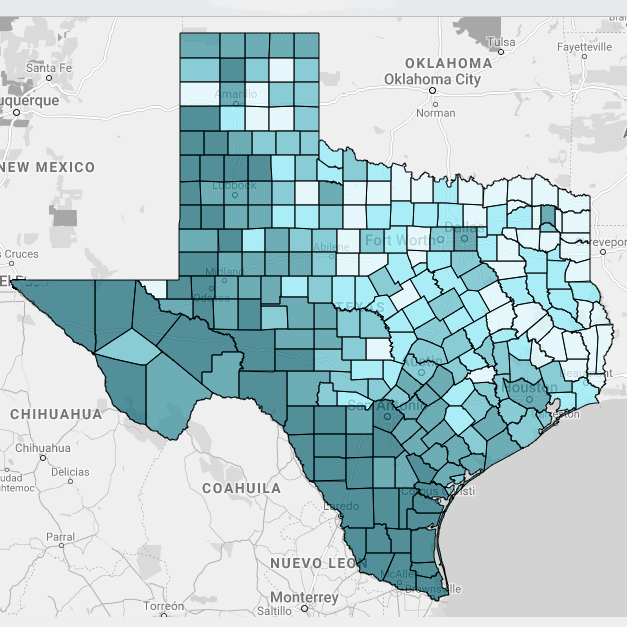 As it is often said, “Change is inevitable” or, as others say, “Nothing ever stays the same”.

The Hispanic population in Texas has shifted considerably since the last U.S. Census in 2010. A report by the PEW Research Center in advance of the next year’s Census (“In a Rising Number of U.S. Counties, Hispanic Americans are The Majority”, November 20, 2019; and, “Key Facts about How the U.S. Hispanic Population is Changing”, September 8, 2016) that took a look at the growth of the Hispanic population state by state and, since 2010, showed that several counties in Texas will catch your eye.

These population estimates by PEW in 2018, using US Census interim data, confirm that the ethnic population of Hispanics in Texas is now moving from minority status to majority status in many counties. Hispanics will be now a real force in Texas politics at the local level, as well as the state level.

Here are some examples of some of the large Hispanic population shifts in advance of the 2020 U.S. Census (PEW Research Center estimates, November 20, 2019):

The following counties in Texas show even larger majorities of Hispanic population, which exhibits even more political power:

Based upon a considerable number of voter surveys over the past several years, the Texas Republican Party needs to obtain 35-45% of the Hispanic voter turnout to be competitive in 2020 and beyond.