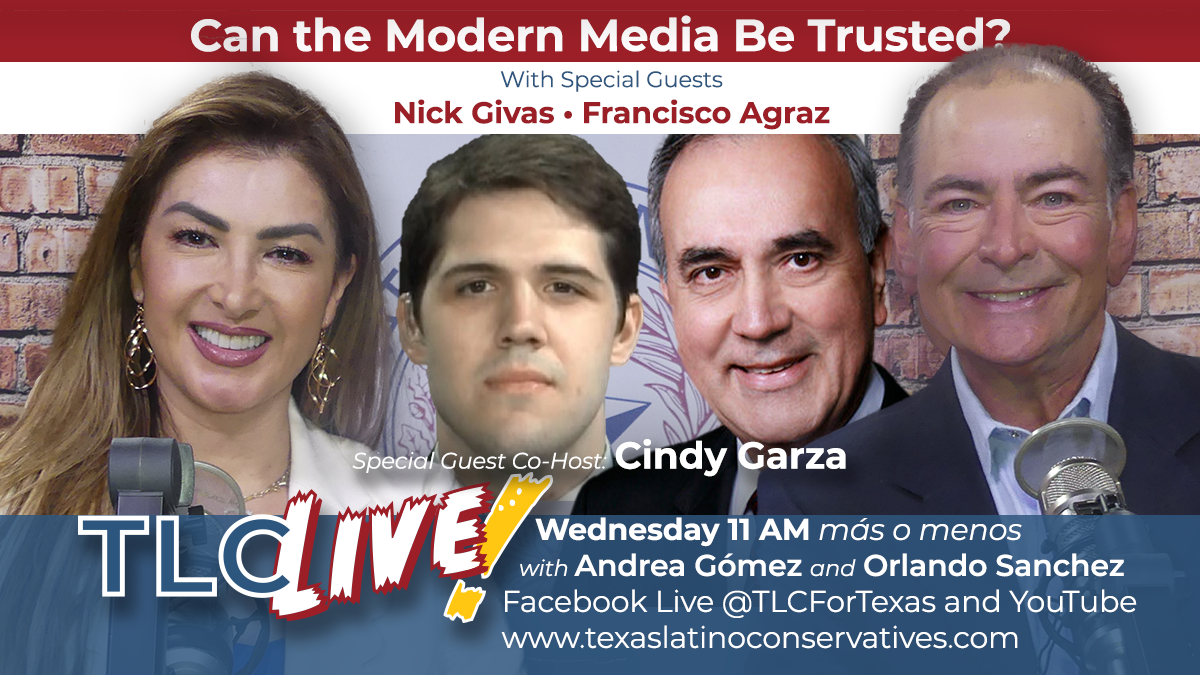 TLC Live! Can the Modern Media Be Trusted?

Join us Wednesday, June 16, at 11 AM as Andrea and special guest co-host and former NBC reporter Cindy Garza speak with Francisco Agraz, former ABC Anchor/Reporter, and Nick Givas, Managing Editor of Project Veritas. They'll be discussing whether or not the modern media can be trusted.

Frank Agraz is an attorney with a passion for solo attorneys, small law firms, and SMB companies with IT Design, IT Management and Cyber Security issues. He has worked for the Federal Bureau of Investigation and for Exxon USA as a media spokesman.

Nick Givas is the Managing Editor at Project Veritas and serves as an instructor at The Leadership Institute in Arlington, VA. He began his journalism career at the Daily Caller in 2015, later serving as a full-time reporter and TV/Movie critic for the Daily Caller News Foundation's DC bureau before moving to Fox News as a digital reporter. His work has been featured by CheddarTV, OAN, The Washington Post, Politico, The New York Post, Fox Business, The Joe Piscopo Show, Yahoo News, The Daily Signal and more.