As we enter the 2020 year, two of the biggest events will be the 2020 U.S. Census and the 2020 U.S. Presidential election. The PEW Research Center released the latest estimates for the Hispanic population, which will be over 60 million when the U.S. Census is finalized. This report brings us up to date on the U.S. Hispanic population and its potential for the 2020 Presidential election. All who care about and analyze the Hispanic vote in the next election, should read this research report, as it is an advance report on what to expect from the next U.S. Census.

• Population growth among U.S. Hispanics has slowed since the 2000s 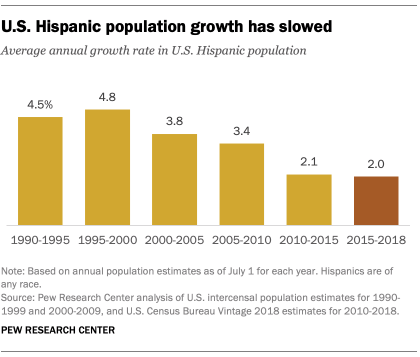 • The South saw the fastest Latino population growth of any U.S. region 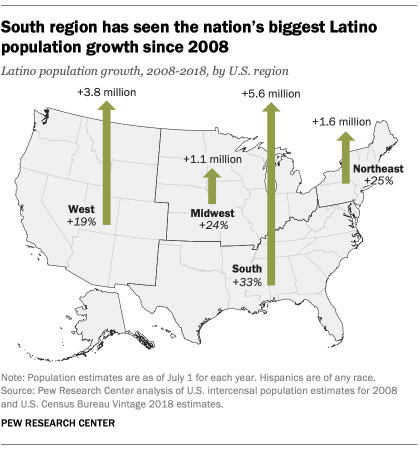 • Los Angeles County had more Hispanics than any other U.S. county, with 4.9 million in 2018. The next largest was Harris County, Texas (2.0 million) 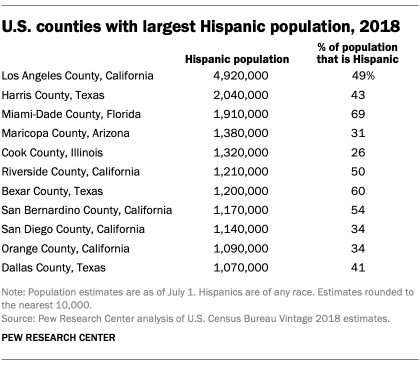