We know from our own polling in August of 2019 (N=500 registered Republicans in 5 of the largest counties), that the illegal immigration issue was more than twice the focus of Texas Republicans than the general economy. But, that’s not the priority that Hispanics are setting for themselves in the next election.

A Texas statewide poll conducted by Univision (August 2019) revealed a lot more issues of concern for Texas Hispanics than immigration. Another statewide poll of Latino Voters, but in California, conducted by Latino Decisions (June 2019) showed almost an identical list of issue priorities, as that of the Texas poll. The two charts below show that lowering cost of healthcare, improving wages, affordable housing, and creating more jobs, were some of the most important. As you can see, Hispanic issues are all about life-centric economic concerns, totally different than the Republican survey taken by our PAC. 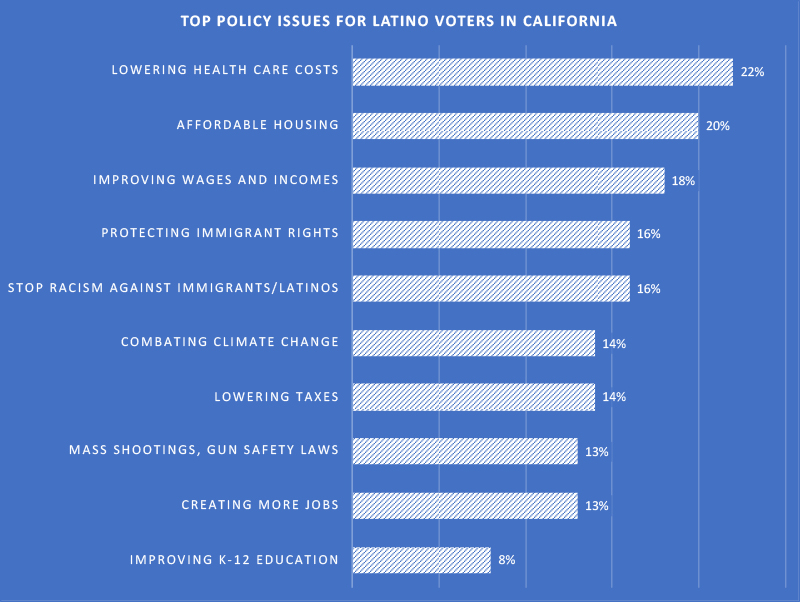 Q2. On the whole, what are the most important issues facing your community that you think Congress and the President should address? (multiple answers) 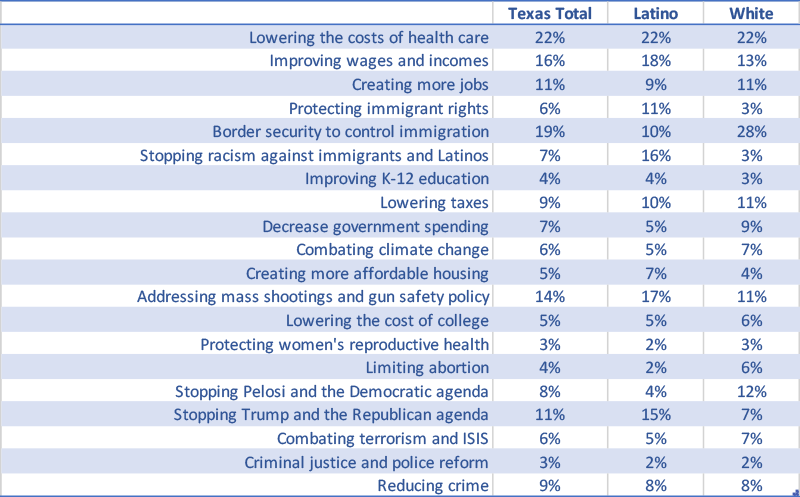