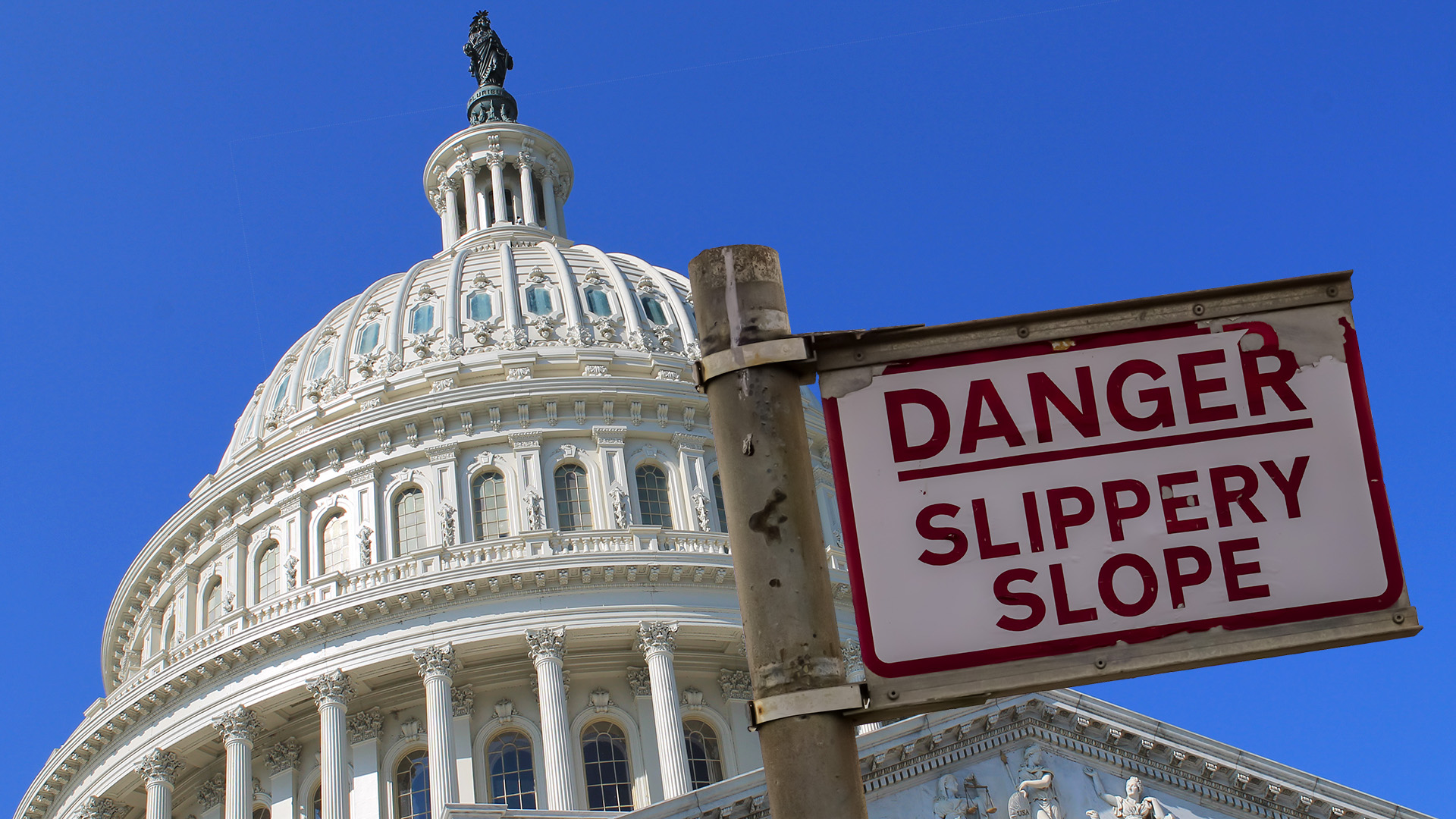 One of the reasons so many have fled Latin America to come to the United States is the protection counted on when living in a country that operates under the rule of law rather than by the whims of an authoritarian leader. Today in America, the Democrats, who currently control the House, the Senate and the White House are practicing the leadership-by-whim style of government.

The latest example is the student loan debt forgiveness policy announced by President Biden. Last year his own Department of Education acknowledged that it lacked the “statutory authority” to forgive such loans on a “mass basis.” Speaker of the House Nancy Pelosi famously said in July 2021 that “People think that the president of the United States has the power for debt forgiveness. He does not,” she reminded us. “He can postpone. He can delay. But he does not have that power. That has to be an act of Congress,” said Pelosi. If you get your news from CNN or MSNBC, you probably haven’t seen that video.

Both Pelosi and Biden have conveniently flip-flopped less than 90 days from the midterm elections, a political calculation that could certainly backfire. Let’s observe the risks and project what will be the outcome.

When there is respect for the laws that govern a society, it creates a stable and prosperous country, where people know there is equal justice under the law for everyone.  But when on a whim or a political calculation a nation’s leader disregards inconvenient laws, then all of society can break down.  I fear this is where we are heading watching the current administration ignore its responsibility to enforce the laws.

It began at the border.  Ignore America’s immigration laws and you have chaos at the border and throughout the country.  There are estimates that nearly four million migrants have entered this country since Biden became president, the overwhelming majority illegally. But that doesn’t begin to tell the story, when you add in the billions made by the cartels who are trafficking people and drugs into this country, and the amount of increase in crime and suffering, which is immeasurable.

On top of that we have the unconstitutional mandates justified by the pandemic. The damage to our kids, the masking of America, the lockdowns, and finally a word of contrition from the CDC. “Oh, maybe we went too far.” Next was the changing of voting laws, something that according to the Constitution is the purview of state legislatures. But all of a sudden, any secretary of state, or state court could unilaterally allow for unattended drop boxes, vote harvesting, ballots coming in a week or more late, and no ID or matching signatures required.

How long is the road from illegally changing voting laws, to giving away $300 billion -- by some estimates more like a trillion dollars -- to voters under the pretense of forgiving their loans?  This is no longer a country governed by the consent of the people, with so much abuse of power by the current administration.

Will the people tolerate this abuse of power? The increase in national debt, as the student debt moves from the asset side to the liability side of the ledger, as the government takes over the debt can only cause even greater inflation.  The debt doesn’t go away, it just transfers to all Americans.  So the welder and the farmer pay the debt of the folks who went to college, having taken out loans knowing exactly what they were doing. Here is an illegal action that aids a few but damages many.

Now if I were a Democrat, I would create some fantastical scenario that would be the next step on the slide to authoritarianism or the end of rule of law.  Like taking away the right to own certain private property, the right to own a gun, even the right to choose one’s own work.  But I won’t speculate on their next abuse of the power.

Rather I will focus on how we must stop their ruthless corruption of America and of the legal norms that define our society.  I will loudly advocate for teaching the truth in the schools, warts and all.  The defiance of truth in the 1619 Project is a glaring example of the perpetuation of the lies and distortion of history we can refute with the truth. If any good came out of the pandemic, it was the awakening of the mama bears who learned of the indoctrination going on in the schools, and across the nation they are fighting back.

We must fight to get the truth to the voters in the next election.  Texas Latino Conservatives is dedicated to law and order.  In Washington, DC, in Austin, Tx, at the border with Mexico and on the streets of Minneapolis.  What has made us a great nation for our citizens is the rule of law.  We cannot allow it to break down.  We must always ask the question: “Is it legal based on current law?” If the answer is no and if we believe the law unjust then we must work to change it.  If it is just, even if we don’t like it we must live based on those rules.  That is the social contract we accept by living in this great country.  Join me in this fight this November while we have one more (hopefully not last) opportunity to follow the laws as written by our duly constituted state legislatures and the US Congress.

Published in the Dallas Express, September 2, 2022