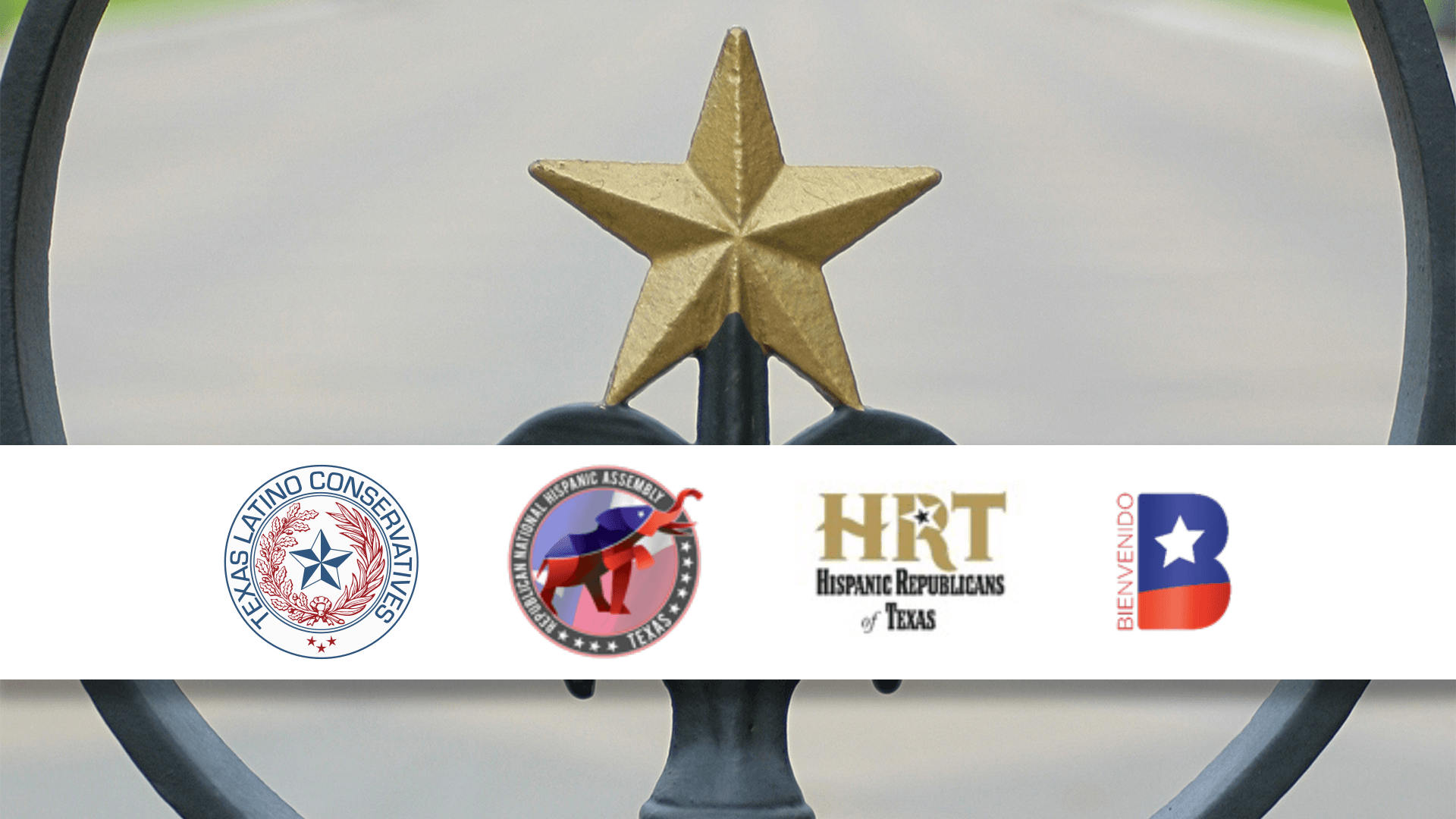 Austin – The four top conservative Hispanic groups in Texas support recently passed legislation to more clearly define how voters can register to vote in Texas.  The Republican National Hispanic Assembly, Hispanics Republicans of Texas, Texas Latino Conservatives and Bienvenido all welcomed the passage of SB 1111, a very simple and common-sense bill that bans the use of a private PO Box as the primary address for voter registration.  The groups see the filed lawsuit by LULAC and Voto Latino challenging the new law as a “red herring” aimed at confusing the public and weakening election integrity.

“It is strange that LULAC and Voto Latino have filed this lawsuit,” said Betty Cardenas of Lubbock, the National Chair of the Republican National Hispanic Assembly.  “SB 1111 has nothing to do with race and even the plaintiffs in their own lawsuit do not allege that it does.  So why are they involved?”

Mano DeAyala of Houston, Chairman of the Hispanic Republicans of Texas, said, “SB 1111 strengthens election integrity in Texas by closing an obvious loophole in election law where someone could purchase a PO Box solely for the purpose of voting in a district where the voter does not live.”

As Texas Senator Paul Bettencourt from Houston stated in a May press release, the use of post office boxes in Harris County has been known since 2018.  Approximately 4,800 voters are registered at private UPS post office boxes across Houston.

“The plaintiffs primary concern appears to be that of college students,” said Abraham Enriquez, President of Bienvenido.  “However, as a former college student not too long ago myself, this should not be an issue.  College students may have a temporary address while at school but should register to vote using their permanent primary home address.  There are concerns that student may either be voting in the area where they attend college to sway local elections or even register to vote in two areas: where they go to school and also their permanent home residence.”

Orlando Sanchez, Chairman of Texas Latino Conservatives, said, “the plaintiffs have also demonstrated what a nakedly partisan distraction this is by suing only in counties where liberal Democrat judges control the court systems. This is but their latest attempt to rig outcomes."

The lawsuit filed by LULAC and Voto Latino are specific to only Travis, Bexar, Dallas, Harris and Hidalgo counties.

“The voter rolls need to have integrity,” said Betty Cardenas.  “The election process depends on it.  We cannot have people registering to vote in areas that are not their primary residence.  Ultimately it dilutes the voice of the people.”